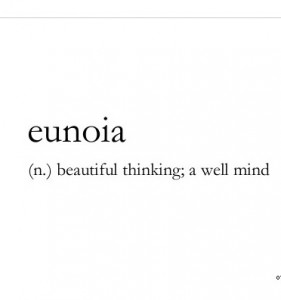 “The genesis of classical drama was not symptomatic. Aneuphoria of charismatic and talented protagonists showed fantastic scenes of historic episodes. The prologue, the theme and the epilogue,comprised the trilogy of drama while synthesis, analysis and synopsis characterized the phraseology of the text. The syntax and phraseology used by scholars, academicians and philosophers in their rhetoric, had many grammatical idioms and idiosyncrasies.
The protagonists periodically used pseudonyms. Anonymity was a syndrome that characterized the theatrical atmosphere. The panoramic fantasy, the mystique, the melody, the aesthetics, the use of the cosmetic epithets are characteristics of drama. Even through the theatres were physically gigantic, there was no need for microphones because the architecture and the acoustics would echo isometrically and crystal – clear.
Many epistemologists of physics, aerodynamics, acoustics,electronics, electromagnetic can not analyze – explain the ideal and isometric acoustics of Hellenic theaters even today. There were many categories of drama: classical drama, melodrama, satiric, epic, comedy, etc.The syndrome of xenophobia or dyslexia was overcome by the pathos of the actors who practiced methodically and emphatically.
Acrobatics were also euphoric. There was a plethora of anecdotal themes, with which the acrobats would electrify the ecstatic audience with scenes from mythical and historical episodes. Some theatrics episodes were characterized as scandalous and blasphemous.Pornography, bigamy, haemophilia, nymphomania, polyandry, polygamy and heterosexuality were dramatized in a pedagogical way so the mysticism about them would not cause phobia or anathema or taken as anomaly but through logic, dialogue and analysis scepticism and the pathetic or cryptic mystery behind them would be dispelled. It is historically and chronologically proven that theater emphasized pedagogy, idealism and harmony. Paradoxically it also energized patriotism a phenomenon that symbolized ethnically character and phenomenal heroism.”

Let everything you do, be done in love ( 1 Corinth

“What is coming is better than what is gone “

Be Happy in the Moment. That’s enough! Ίσως

This website uses cookies to improve your experience while you navigate through the website. Out of these cookies, the cookies that are categorized as necessary are stored on your browser as they are essential for the working of basic functionalities of the website. We also use third-party cookies that help us analyze and understand how you use this website. These cookies will be stored in your browser only with your consent. You also have the option to opt-out of these cookies. But opting out of some of these cookies may have an effect on your browsing experience.
Necessary Always Enabled
Necessary cookies are absolutely essential for the website to function properly. This category only includes cookies that ensures basic functionalities and security features of the website. These cookies do not store any personal information.
Non-necessary
Any cookies that may not be particularly necessary for the website to function and is used specifically to collect user personal data via analytics, ads, other embedded contents are termed as non-necessary cookies. It is mandatory to procure user consent prior to running these cookies on your website.
SAVE & ACCEPT