Sophie Mayanne: the photographer who can spot beauty… among “flaws”

She can find beauty in everything, especially through what most of us would consider as “flaws”. Sophie Mayanne is a British photographer who has launched an inspiring campaign with the help of people who we could call as “people next door”. Actually, these people are the stars and Sophie Mayanne is the director. And that’s how the Behind The Scars initiative was created in Instagram. Her project had thrilled me since the first moment I’ve learned about it. Hence, I wan’t deny that I got overly excited when Sophie Mayanne accepted to answer my questions about her project, questions that we’d all like to ask her. So, let’s meet her together via The K-Magazine!

A.A.: What was your inspiration for the Behind The Scars initiative becoming a reality?

Sophie Mayanne: As a photographer, the first images you take are raw and unretouched. They are honest, and real – and this is where my interest in what we consider “flaws” has stemmed from. Behind The Scars has been a natural progression from this interest.

A.A.:  How did you find your models/participants? Was it like an “open invitation” for everyone who wanted to speak up for their experience?

Sophie Mayanne: The series has, and always be open to everyone with a scar (big or small!). In the beginning I would post open casting calls on Instagram, and since then word of mouth has been a great help in the series being a success!

A.A.: Had any of them felt stressed or embarrassed during the photoshoots? And if so, how did you help them get through it?

Sophie Mayanne: I think most people coming along to the shoots have prepared themselves to a certain extent, and are willing to have their photograph taken. Of course some people are nervous, but as far as I am aware no one has felt embarrassed or stressed! The whole studio/ experience is very relaxed and laidback. I also normally bring along my little dog as she’s a fantastic ice breaker when people are nervous!

A.A.: You’d also launched a successful crowd funding campaign via Kickstarter. With the money gathered, you’re about to travel to New York in February and continue you initiative. How would you like to proceed after that? In other words, what is Behind The Scars initiative’s future?

Sophie Mayanne: Like anything, you can’t truly plan where a project will take you, but I would like to create a book from the series that can live on and help people in the future!

A.A.: In a world where imperfections are viewed as flaws, would you “lend” us your eyes and tell us what is considered as beauty for you?

Sophie Mayanne: As cliche as it sounds, I believe there is beauty in everything. It’s how you see things that makes the difference.

A.A.: Are there any similar projects that you want or plan to carry out?

Sophie Mayanne: I have many projects and ideas, but for now, Behind The Scars is the one I am pursuing! 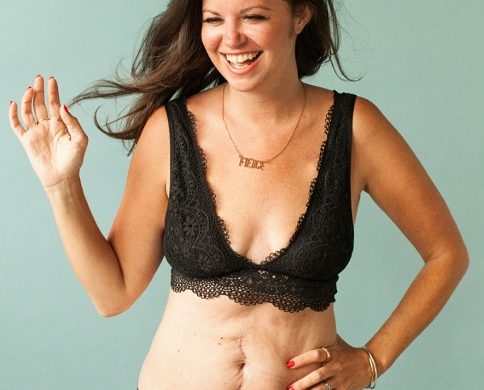 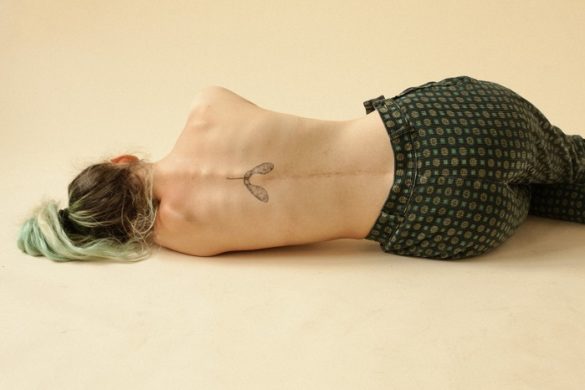 *We would love to thank Sophie Mayanne for sharing her Behind The Scars photographs via her interview at The K-Magazine!

Be the best version of you... and you won’t regr

Any cookies that may not be particularly necessary for the website to function and is used specifically to collect user personal data via analytics, ads, other embedded contents are termed as non-necessary cookies. It is mandatory to procure user consent prior to running these cookies on your website.